1. Emergence of Tick-Borne Pathogens: Threat to Animal and Human Health.

Tick-borne diseases (TBDs) are a cause of significant economic losses in ruminant animal production especially cattle through suboptimal production, poor reproductive performance and occasional mortalities [1]. Some of the TBDs have clear clinical symptoms, while others lack clear symptoms but subtly cause gradual debilitation or generally poor animal performance. Some of the tick-borne pathogens cause zoonotic diseases, hence posing health risk to animal owners and handlers who are in constant contact with the animals. Emerging tick-borne pathogens are the greatest risk because they cause TBDs that are not anticipated and whose symptoms are unknown. While the prevalence of previously endemic TBDs in Kenya such as classic East Coast Fever, Anaplasmosis and Babesiosis may be decreasing, emerging TBDs are becoming more prevalent owing to continuing climate change.

This policy brief describes occurrence of emerging tick-borne pathogens recently diagnosed in dairy cattle in Nairobi County and the periurban Nairobi and proposes strategies for definite diagnosis and control.

Contamination of water in urban rivers with industrial, domestic and sewage effluent is a common feature especially in developing and underdeveloped countries. In these countries, human habitation along these rivers often results in slum dwellings of low income earning and poor households. Water being an essential commodity to humans and animals, these households often use the only readily available water to them, which is drawn from effluent-contaminated urban rivers for their domestic consumption and for crop and animal farming purposes. However, recent controlled research on male piglets raised in these households and regularly given the effluent-polluted river water to drink has found adverse effects on their testicular structures, which would hinder normal reproduction (Kipyegon et al., 2017). The reason for this is the presence of some chemicals in effluent-polluted river water, which have been shown to disrupt endocrine functions and reproductive hormone production in the body (Kolpin et al., 2002). These chemicals can get into the human body directly by consuming this effluent contaminated water or indirectly from animal products of animals that drink this water or crops especially vegetables watered from these polluted rivers.

This policy brief proposes the introduction of regulations to control discharge of effluent into the rivers whose water is likely to be utilized for domestic consumption as well as for animal and crop farming.

END_OF_DOCUMENT_TOKEN_TO_BE_REPLACED 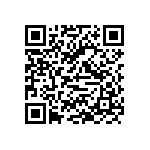